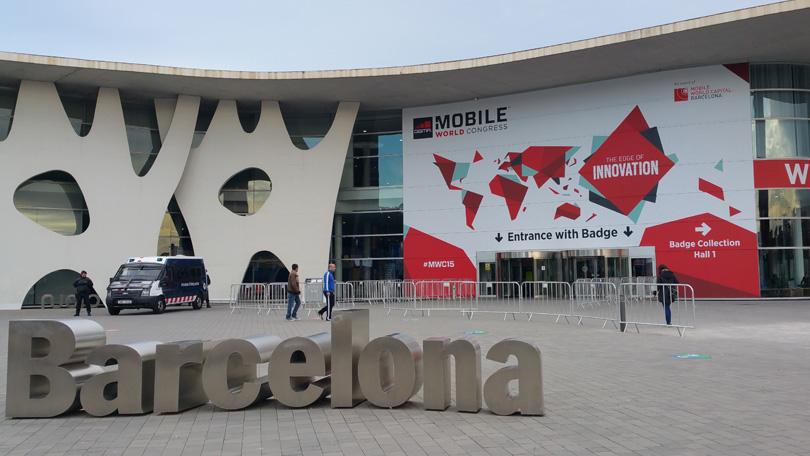 Mobile World Congress (MWC) took place again in Barcelona from February 26th to March 2nd. The normal spring Catalonian sunshine that greets visitors to the conference was replaced this year by grey skies, sleet and snow. The unseasonable conditions did not impact numbers, with over 100,000 attendees visiting the conference over 4 days. Although it was cold and wet outside, inside the exhibition halls were buzzing with intense conversations, meetings and demonstrations.

Every year at MWC media reporters try and discern some coherent themes from the vast amount of press releases, demonstrations and new devices on display. This year the consensus was that the major themes at the show were 5G, Digital Transformation, Artificial Intelligence, and the merging super-connected world of IoT, Smart Cities and Connected Cars. There was a notable scaling-back this year from some of the flashier demonstrations of previous years around non-core technologies like Virtual Reality and Augmented Reality. Technologies that are truly the core-competency of mobile operators were very much to the fore in 2018.

Despite the range of new technologies featured at the show, SMS and other forms of mobile messaging retained a notable prominence. The market for A2P SMS appears to be as buoyant as ever, with a significant part of Hall 8 made up of large stands by various Aggregators, Wholesalers, Vendors and API companies. The benefits of RCS as an A2P platform were demonstrated by Vodafone, Orange and Google among others. Even in the ultra-trendy world of connected devices and IoT, SMS retains a key role for triggering all sorts of  services over different access networks. SMS has again showed that its usefulness and flexibility makes it an essential tool for many types of business applications.

The rise of references to Artificial Intelligence at the show is driven in many cases by the need to find new ways to manage the vast quantities of data generated by the new 4G and 5G networks. With many billions of connected devices to manage, and trillions of transactions to handle, networks need to be smarter and more efficient. Traditional management systems will be unable to cope with such volumes, hence the focus on Intelligent management software supported by machine learning and neural networks.

From Openmind Networks’ perspective, the major themes that dominated the conference are mirrored in the conversations we have been having with our major customers and partners. The process of Digital Transformation is bringing some profound changes to how Operators run their networks and businesses, but it is also serving to re-invigorate their service offerings around core competencies in connectivity and security. As MWC 2018 draws to a close, it is clear that the role of messaging within the new connected
world remains of huge importance.